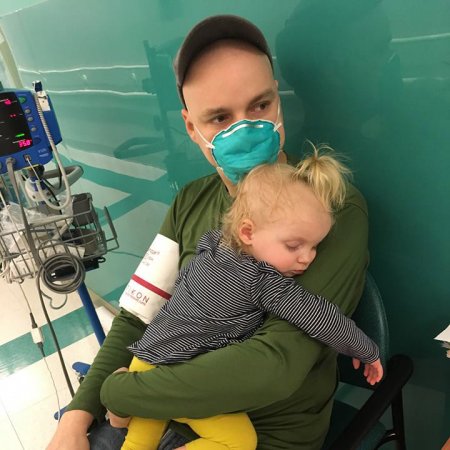 Byron was originally diagnosed with chronic lymphocytic leukemia (CLL) in December 2014 at age 31. He and his wife, Michal Ann, have a young family with three daughters. Byron began chemo in January 2015 and achieved remission. The cancer returned after only six months and by July 2016 his lymph nodes had swollen to a size that made it difficult to turn his head. The oral chemo put him back into remission, but he was told there was no other approved treatment option for his specific type of CLL and autoimmune disease. His doctor recommended that Byron have one as soon as possible to give him his best chance of a cure. Byron had an allogeneic bone marrow transplant on February 1st, 2017 at Johns Hopkins Hospital. His brother Brandon was his donor and flew from Texas for the procedure. With the support of the Bone Marrow & Cancer Foundation Byron’s family has been able to cover living and medical expenses during his treatment and recovery.