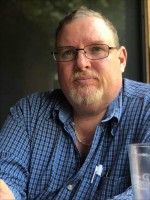 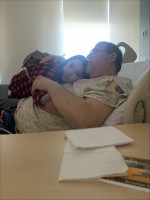 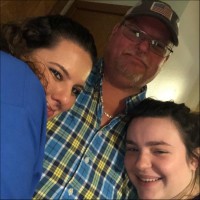 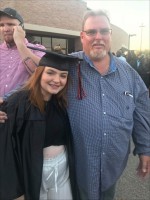 Welcome to Robert’s Carelines page! Thank you for coming to support Robert in his journey of recovery. Here you can:

Robert Collier is my father who has worked his entire life starting when he was 9. In his adult life he made a living working on  the building and production of the very bridges and highways we drive on today. His job was a site manager on different site locations to make sure every person on the job was doing what they were supposed to, as well as test materials to ensure the integrity of the BMCF for the bridges and highways. Recently in the last two months he lost I his job working for a company he had been loyal to. Unfortunatly, he was diabetic and was on eight different medications for various health issues so when he lost his job he also lost his health insurance. By losing his health insurance he could no longer afford his medications for his health conditions. After feeling sick for six weeks he went to the ER and the doctors quickly realized something was very wrong. Robert was in the hospital for a week when they found out he had an aggresive Leukemia and needed to start chemotherapy as soon as possible. At this time he had just begun a new job and had no sick days available, he was forced to quit his new job that he had only been at for a few weeks. With all of this turn in events his life has been turned upside down and is not sure how he will afford his living expenses and the very expensive hosital bills that will be waiting for him when he makes it through this fight and can be home.

Send Robert a messsage of support

“Please help us achieve out first target and donate as every dollar counts. Thanks for your help and support. It means the world.”