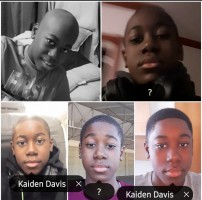 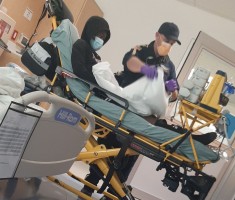 Welcome to Kaiden’s Carelines page! Thank you for coming to support Kaiden in his journey of recovery. Here you can:

Kaiden Davis was diagnosed  with Hodgkin's Lymphoma Cancer in June 2019 at the age of 11years old. He started Chemotherapy in Nassau, Bahamas and was referred to Nicklaus Children's Hospital after receiving several rounds of chemotherapy that didn't shrink the cancer. After receiving approximately 15rounds of chemotherapy at Nicklaus Children's Hospital doctor's saw a vast improvement in Kaiden's health. On January 5, 2021 Doctors stated Kaiden was all cleared and ready for his Bone Marrow Transplant, however on February 15, 2021 we hit a speed bump and was told he needed (20) sessions of Radiation Therapy in efforts to accomplished the goal. Kaiden has since been referred to Miami Cancer Institute at Baptist Hospital in Kendall, Florida for his Radiation Therapy. Your continued support is needed because Miami Cancer Institute  doesn't  accept Kaiden's Bahamian insurance and requested his family to self pay his medical expenses which is very costly.

Send Kaiden a messsage of support