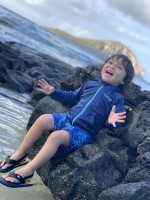 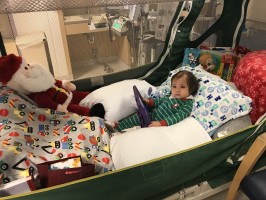 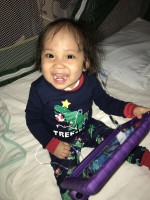 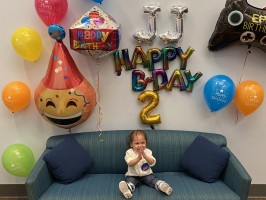 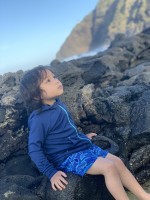 Welcome to Johnny’s Carelines page! Thank you for coming to support Johnny in his journey of recovery. Here you can:

This is a story about my 4 year old son, JJ. My son was diagnosed with a rare immune disorder called Wiskott-Aldrich syndrome back in 2019 when he was one years old. From the test results, we found out it was not genetic and was caused by the mutation of the genes. The main symptoms of this disease is immune deficiency, Thrombocytopenia (low platelets) and eczema. The only radical treatment is for him to have a bone marrow transplant. Without a bone marrow transplant, the average life expectancy is 10 years.

We moved to LA and had the first bone marrow transplant done at Ronald Reagan UCLA Medical Center in 2019. He suffered from complications such as CMV retinitis, which caused one of his eyes to be mostly blind. He suffered from infectious such as C-Diff and pseudomonas which caused him to be hospitalized with sepsis. His recovery went well for the past two years, he was doing very well.

Until.. the doctors gave me the news that the first bone marrow transplant wasn’t a success and he will need another one this year. I’m currently working two jobs and supporting JJ and I by myself. I appreciate any support that we could get. Thank you.

Send Johnny a messsage of support

“Please help me pay for my son’s second bone marrow transplant. Every dollar counts, Thank you for your help and support.”