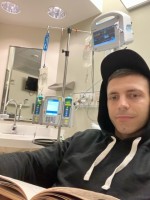 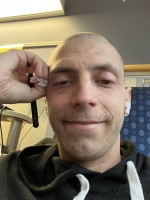 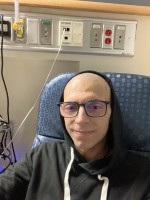 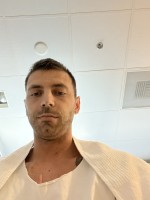 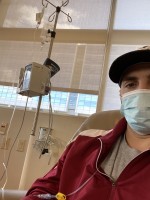 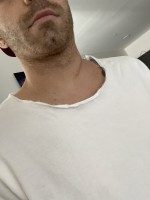 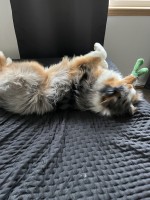 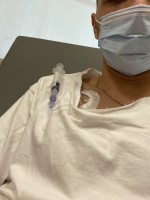 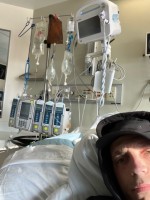 Welcome to Tyler’s Carelines page! Thank you for coming to support Tyler in his journey of recovery. Here you can:

Tyler was a very healthy 30 year old. He ran marathos, triathalons and even climbed Mt. Baker. In late 2019 he lost 30 pounds for no known reason, he would have episodes of drenching night sweats and would have episodes of extream fatigue.  Early doctor visits were "inconclusive" he was told he was a healthy young man that might be overdoing it because he was going to school at Everett Community College and working full time at Cintas.

In July 2021 he developed a lymph node in his neck. He finally after some coaxing of the provider they did an ultrasound of his neck and on December 30th 2021 the provider called and told him he had blood cancer.

In February we meet with the doctor. He was very hopefull that some chemotherapy would cure his cancer. He started his chemotherapy 3 weeks on one week off. The follow up PET scan was not encouraging but the doctor wanted to try another round of chemo 3 weeks on 1 week off. In June he was informed the cancer was much more aggresive than previously thought and was transfered to Fred Hutch.

He meet with his team in August their treatment, 3 more rounds of chemotherapy and then intake for Hematopoietic Cell Transplantation (HCT) Transplant. This process took him until October. He had his transplant on October 12 2022.

He has had a very rought journey. Every side effect possible! But he has always kept a positive  attitude. At the begining of his journey the plan was to be off for 4 to 6 months but that has changed. He will not be able to return to work for at least six more months. No income. He has been blessed with finacial help from the Lymphoma Socicety for medical costs but it does not cover the life monies that we know any 32 year old has. His car is his only possession and those of you who know him know he is a SUBY guy.

So I am asking you my family and friends to help my son with finacial assistance. Anything you give will help. Careline unlike go fund me does not take any taxes from your donation. So Tyler will recieve funds to pay for the car and other costs that are adding up.

Send Tyler a messsage of support