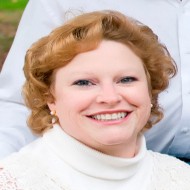 Welcome to BethAnne’s Carelines page! Thank you for coming to support BethAnne in journey of recovery. Here you can:

Up until 2004, BethAnne was a healthy 38-year-old who kept busy with her job, volunteer work, and sports. In December 2004, she suddenly began having blood clots and was eventually diagnosed with antiphospholipid syndrome (APS) and other autoimmune disorders in early 2005. Within the next year, BethAnne’s health had deteriorated to the point that doctors insisted that she stop working and participating in almost all of her other activities.

It took her four years to improve enough to return to volunteering two hours a week, which BethAnne considered “God’s blessing”. Nature and volunteering have always been a part of BethAnne’s life and they help keep her spirits up.

In December 2013, doctors informed BethAnne they ran out of medications to effectively treat her blood clotting and that a hematopoietic Hematopoietic Cell Transplantation (HCT) transplant (HSCT) was the last resort. Although utilized since 1997 for patients with autoimmune disorders, HSCT is still considered relatively new. As a result, the procedure is considered experimental for autoimmune disorders and done in few places in the country. The procedure requires costly medications, hospitalizations and close follow-up for years.

Due to the cost and experimental status, most insurance carriers, including Beth Anne’s, do not cover it. BethAnne is looking to raise a minimum of $300,000 for this potentially life-changing procedure and subsequent medical care. In addition, her family and caretakers are looking to raise money for the many trips from Pittsburgh to Durham.

To help reduce the financial and emotional stress that has been placed on BethAnne, she and her family have turned to the Bone Marrow & Cancer Foundation to set up this One-to-One Fund. They greatly appreciate any donations that can be made.