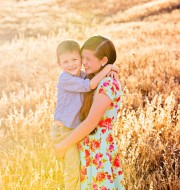 Welcome to Caitlin’s Carelines page! Thank you for coming to support Caitlin in journey of recovery. Here you can:

In late December of 2015, our daughter Caitlin slammed her ankle while tumbling in gymnastics. Following the injury, her ankle looked badly bruised and swollen. Weeks went by and her ankle showed no improvement. Subsequently, she was seen by four different pediatricians between Jan and Mar. 

By this time, the bruise looked noticeably worse which prompted an MRI scan (early Apr) and then referral to an orthopedic specialist. When Dr. Mckeever looked at the MRI, she informed us that the MRI scan did not captured her mass. As a result, the image was not adequate for her to make a diagnosis. Another MRI was ordered but it took awhile to get insurance approval and a second MRI scan (early May). By the time we got the results from the second MRI, another full week had gone by. If it wasn't for my persistent emails and phone calls, it would have taken longer. From the second MRI, Dr. Mckeever saw abnormality and referred us to a tumor specialist at City of Hope. As it turns out, the tumor specialist we were referred to was on vacation until May 24th. When we were finally able to see Dr. Femino things moved fast. He ordered a biopsy on May 27th. 

We got the biopsy results on June 2nd which indicated that Caitlin has AML Leukemia. Then, we were referred to a Leukemia specialist at City of Hope on June 3rd. It was during this appointment that we were informed Caitlin has one of the rarest and most aggressive forms of cancer - Pathologist report states that she has Blastic Plasmacytoid Dendritic cell Neoplasm (BPDCN). On June 6th, she had a bone marrow biopsy, and the results a week later indicates a positive news - no noticeable presence of BPDCN in the bone marrow. 

City of Hope has a clinical trial for a drug called SL-401. This drug targets BPDCN cancer. Currently, the trial is available for adults ages 18 and up and results has been trending positive. The hospital has requested a compassion petition to the FDA and drug company to grant her an age exception. If was approved and she wasl admitted at the City of Hope on June 15th for 2 weeks to start the clinical trial SL-401. The trial worked great for the first few treatments. However, the protocal requires two weeks of break in between treatments. It was during this time that we notice her tumor growing back slowly. When the drug was deemed ineffective in treating her tumor, they treated her with traditional chemo and radiation. Her beautiful long hair was falling out after on round of Chemo. So, she decided to shave it off and donated her hair to locks of love. She eventually went through 3 rounds of Chemo before she was ready for a bone marrow transplant. The goal of the bone marrow transplant is to keep her BPDCN cancer in remission. Without the transplant, it is guaranteed to come back. Caitlin did not have a perfect person match. Instead, she has a single cord coming from Malaga, Spain. There was only one other child diagnosed with this rare disease. Unfortunately, Alohi passed in December of 2016. Her mom wrote on Instagram, she is now cancer free and in heaven. Caitlin is currently the only child left to fight this disease. Caitlin said she has to fight and win this battle so the next child has hope. She wants them to know she survived BPDCN and so can they! Caitlin has a musically account to demonstrate her singing skills and bubbly personality. Please, connect with her through @_caitlin0411_ on musically and it is only available through the musically app. Snapchat: chjt0411 FB kelly Caitlin Justin YouTube video https://youtu.be/6y0gur31FnE