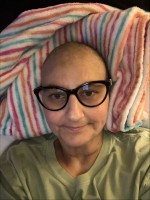 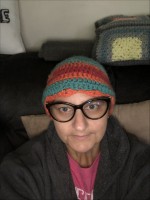 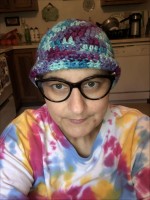 Welcome to Cindy’s Carelines page! Thank you for coming to support Cindy in her journey of recovery. Here you can:

I took myself to the local hospital on March 1, 2019 with extreme upper chest pain and was admitted to the ER on arrival.  The Dr that treated me ran many tests, bloodwork, CT Scan, Ultrasounds, EKG, etc.  After being in the local ER for 5 hours, the Dr told me that I would need a higher level of care; so he made arrangements to get me transported to Regional in Scranton.  I was given lots of IV fluid the next 3 days.  The 3rd day the Kidney Dr came in to tell me that my kidneys weren’t functioning properly and that’s why I had been given so much IV fluids and meds.  The 4-6 days I underwent a few tests...more CT Scans of my chest, abdomen and legs, an MRI (which I hated), Xrays, Bone Marrow Biopsy, Urinalysis and lots of bloodwork.  On March 7, 2019 the Oncologist came to see me and explained that the results of all the tests indicated that I had Multiple Myeloma.  I had no idea what Multiple Myeloma was until the Dr explained that it was a blood cancer and something about my plasma cells ~ the rest of him talking was a bit of a blur to me.

So, the rest of March was filled with lots of appointments for Radiation, Chemo Shots and Bloodwork/Exams.  I can remember my leg being in such pain that I couldn’t stand it.  Nothing would relieve that pain that I felt; I couldn’t walk, I couldn’t sleep...Even the pain meds that I took didn’t take the pain completely away.  In April, I finally was able to get Radiation on that leg and within a few sessions my leg pain decreased and I was able to walk with a stick (trekking stick).

It wasn’t the end of pain and discomfort for my leg/foot because as I took my second treatment of Velcade/Revlimid I started to get blood clots and they were mainly in my bad leg.  I could feel the blood clot throbbing behind my knee, on my heel and on top of my foot.  On top of all this I had terrible ankle swelling.

In May I asked for a prescription for compression socks to alleviate some of the throbbing in my leg.  These socks have helped a lot and I am still wearing them.

on June 26 I finished my 4th round of treatment and was at a resting phase.  The second week of July I had another Bone Marrow Biopsy along with an Echo, CT Scans and more bloodwork at Thomas Jefferson University Hospital.

The beginning of July I had a catheter placed in my right jugular area of my neck at Jefferson Hospital.  This catheter was used for removal of my HCT at the Red Cross.  It was in my neck for 3 days and then it was taken out.

On August 15th I was admitted to Thomas Jefferson Hospital.  At 8am a PICC line was inserted into my upper arm and at 11am I was taken up to my room at the Bone Marrow Transplant section of the hospital.  In the afternoon I was given a heavy dose of Malphalan (chemo).  On August 16th before noon the nurse pushed my HCT back into me via the PICC line.  Two days later the effects of the meds and chemo were taking its toll on me, as I was trying to take a shower and had to call the nurse because I was going to pass out.  The last thing I remember was laying in bed getting my vitals checked.  That was just the beginning of getting sick for me...there was lots of nausea and extreme fatigue, as well as diarrhea.  All of these symptoms had gone on uncontrollable.  I was given 3 different types of nausea medicine but they didn’t last very long.  I was given a nausea med via my PICC line that did help but made me very sleepy so the Dr took me off that medication.  While I was in the hospital I spiked a slight fever and had to have cultures (blood) taken from each arm—that was not fun.  I had a blood transfusion, an IV bag of platelets and several IV bags of Potassium.  My vitals were checked approximately every 4-5 hours and blood drawn from the PICC line every morning around 5am.

I was able to come back to my home on September 14th. I am still very weak and sometimes have a difficult time walking.  I am not able to stand or do anything for a long period of time.  The chemo wiped out my immune system so I have to be very careful about not being near anyone who is sick or who has been around anyone that’s been sick.  I have not been cleared to drive yet so Im not able to go anywhere.  And I won’t be able to work for a few months.  I will not be getting my first immunizations until February 2020 and the last ones will be given on February 2021.

Before being diagnosed I was working 2 jobs to make ends meet.  I haven’t been able to work since February.

I have a 13 year old son who is very active in sports, eats a lot and has been going through growth spurts.  So, anyone with kids knows that there are many expenses that go along with them.  I was also very active as I went to the gym every day over the last 6-7 years; built muscle and lost weight.  I haven’t been to the gym since February and my arm muscle is now flab.  Not to mention, my right leg/foot still have issues from the cancer and at times I have trouble walking.  This upsets me because I enjoyed waking at the park, hiking and doing the elliptical and treadmill.  These things and more have been diminished and not being able to do active things with my son upsets me even more.  Every day is a new challenge where I have some bone pain in some part of my body or I feel fatigued very quickly or just don’t feel good ~ physically or emotionally.

My journey isn’t over yet and I will continue to fight and be a Myeloma Warrior ~ You can’t hold me down!

Send Cindy a messsage of support