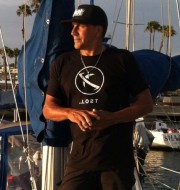 Welcome to Steven’s Carelines page! Thank you for coming to support Steven in journey of recovery. Here you can:

Its crazy to think the Bone Marrow BMCF was founded 1 year prior, to my husband, Steve Bernal's original diagnose of AML Leukemia. Which was in May of 1993.

Everyone has a story..."Steve's journey" is unique. I've documented everything on Facebook under "Steve's journey" also some on Instagram under sharbear77. Feel free to follow Steve. Having the Bone Marrow BMCF available to us came directly from the lord ???.Going thru this once was scary but having to go thru it again 21 years later is mind blowing. We are so blessed Steve is here today.

They say you should have a purpose in life. Steve's is a fighter. Steve's journey is so complex. Steve and our family in 1995 lobbied the Arizona state legislature. For months we fought along with Governor Symington and Senator John McCain. We passed the tobacco tax bill which allowed low income patients to receive transplants. Can you imagine how many lives were saved from this?

Back in May of 1993, Steve was diagnosed with AML leukemia. We only had days to decide on a doctor and hospital. We were told if he didn't receive treatment he would be dead in 3 months. We were informed that we were too late to harvest sperm to have children. He almost died several times from complications. He was pretty much hospitalized for a couple of years.

He fell out of remission, we lost our insurance, we lost everything we owned. He was fighting for his life once again. I think Steve was in hospital when we received state aid. Steve needed transplant, but the state said no for the transplant. I met a lady that made $100 too much in one year to qualify. So an angel of a social worker and our governor and senator and our family fought to save Steve's life.

So here we are now... 21 years later???. Steve has been diagnosed with high risk myelodysplastic syndrome (MDS bone marrow failure). Steve had his second transplant on Sept 13, 2016. He is in the recovery stage now. He is still fighting but still has a day to day battle. I'm trying to focus solely on Steve's recovery which in itself is day by day. After seven weeks of being in and out of the hospital, Steve finally had a decent doctor visit this past week. No matter how much water he drank, his kidneys were not cooperating. His exhaustion is still a daily battle, but it's been 7 months since his bone marrow transplant and we are not giving up now!

Please consider helping us as God would lead you. Prayer is amazing. Prayer is keeping us going. This is so humbling. I've fought in the past and will continue to do so. I would give this man my life to save his.  Please consider donating, the financial hardship overwhelming. As you can imagine, the financial hardship is overwhelming. We have not worked in over a year, and while we have medical insurance, it does not cover everything, including day to day monthly expenses. Anything you can give is appreciated.

The picture I closed is 7 million HCT given by our donor from be the match. ?God bless you.

Send Steven a messsage of support